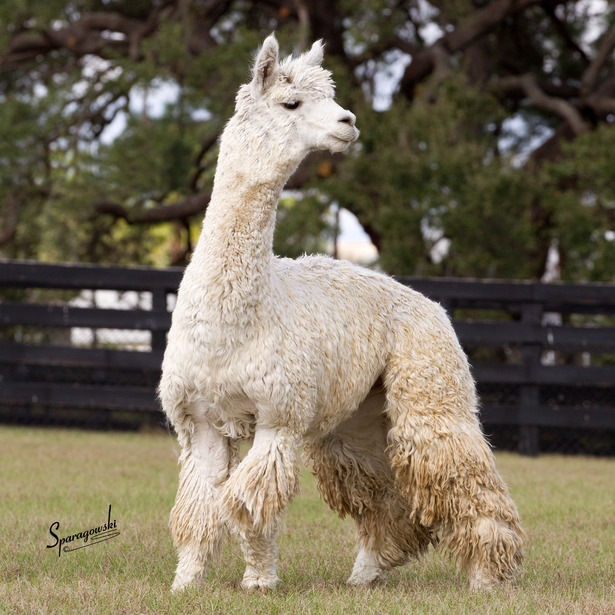 Double Dutch's American Spirit has done an outstanding job of reproducing consistently his genetics. His fiber won his class at Nationals as well as "Best Suir Luster" overall the suris entered. Dutch has that Awesome fine Suri fleece, above average density, and uniform lock structure that will be genetically passed on. Dutch's progeny have done extremelly well in the show ring all across the country. Dutch stamps his offspring with his luster and dense locks. With correct bone structure, full coverage from head to tail, Dutch is the total package.