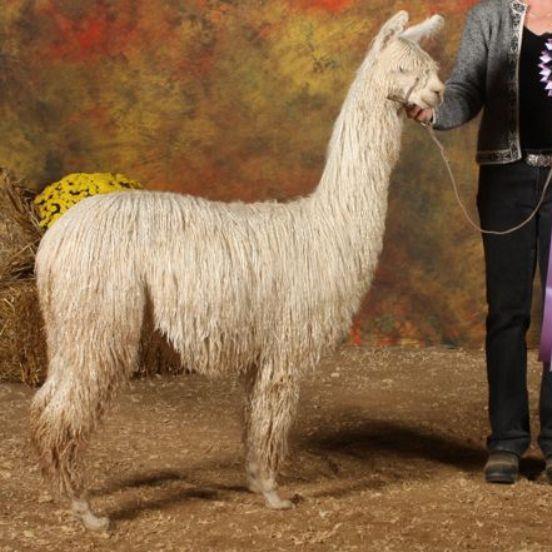 Show Stopper is a unique blend of East and West coast genetics, with Accoyo in both her maternal and paternal pedigrees. Her dam, ATV Satina, is a Grand Champion out of Zeus from the highly acclaimed Inca line. Her sire, Young Princeton (at left), is a son of the famed Accoyo Baron Lafite. Princeton won 1st Place at every show he attended in his short show career (he started breeding early at less than two years, and retired from the show ring to work on the stud farm!) In one year of showing, Princeton won blues at the AOBA Nationals, the AA Futurity and MaPaca Jubilee, as well as Reserve Champion at MaPaca in his second fleece!
Show Stoppers impressive show record speaks for itself.