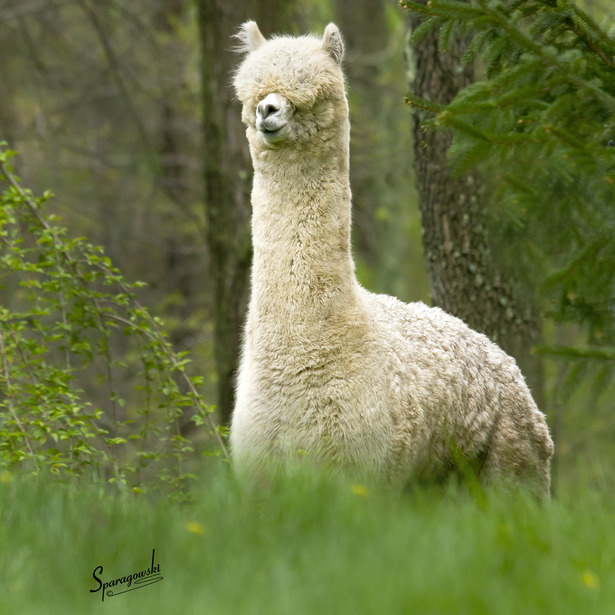 This full Accoyo, light fawn, male is one of the most sought after of all the El Nino sons. He is the perfect combination of El Nino and Accoyo Sicuani with his fine crimp, high density, long independent staples, beautiful head and conformation. As a juvenile, Joseph won 1st and color champion at the 2009 Alpaca Western Extravaganza, a level 5 show. He then went on to win 1st and color champion at the Futurity show in Kentucky. In 2010, he took 1st place at the AOBA National Show. We feel so blessed to own a male of this quality and know he will take our huacaya program to new heights.