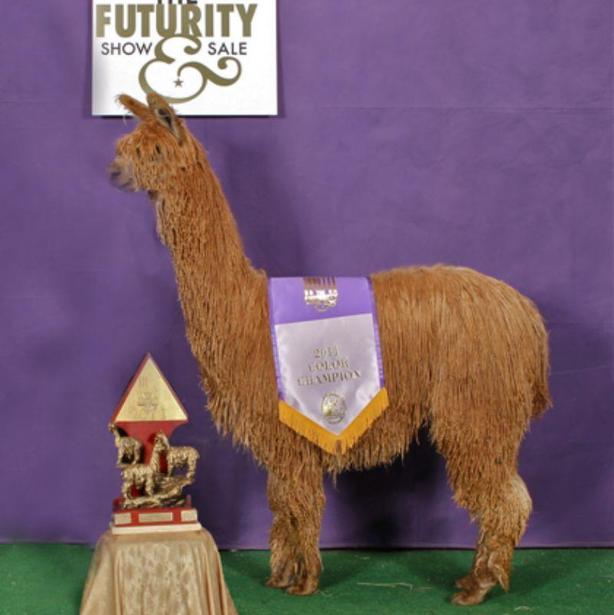 Twice Futurity Champion, Bred to 4X Judges Choice Chakotah's Wyuna, our Ginger is simply spectacular and the judges all agree. She is a multiple champion of the highest quality as proven in the largest and most competivie shows. Twice champion at Futurity, as a juvenile and again as a yearling! Champion at GWAS and Southwest. Ginger has absolutely amazing fleece with blazing luster, density and fineness and was awarded BEST LOCK at the Suri Network's All Feeece Show with over 250 entries. A suri of Ginger's quality deserves to be bred to the best and she was bred to 4 time Judges Choice winner, Chakotah's Wyuna. Ginger is due in mid July. The blending of these superior genetics is sure to produce a new generation of world class champions.